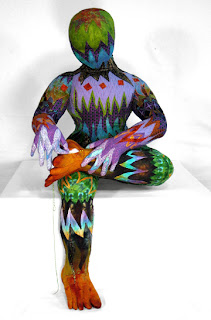 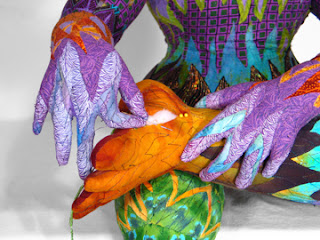 A Work in Progress (detail)
Susan Else works with the same tools and materials as the rest of us quiltmakers. But there’s more than a front and a back to her pieces. 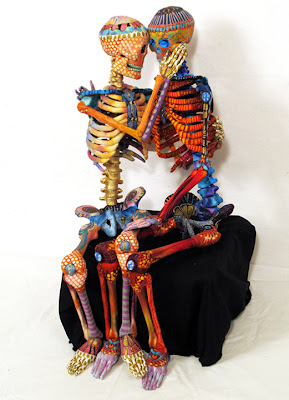 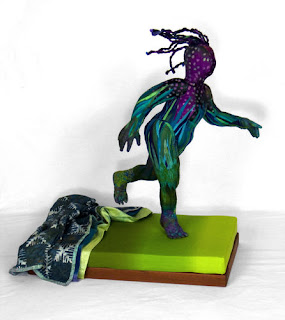 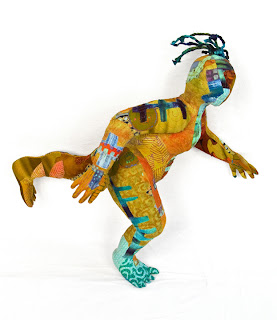 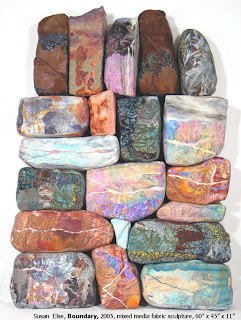 But sometimes the work is about fabric and space.

Here’s what she writes about her sculpture:

I use cloth to create an alternate universe and the resutling work is full of contradictions: it is whimsical, edgy, mundane, surreal, and engaging, all at once. Each piece tells a story, but the narrative is always open to interpretation. The power and beauty of the surface play off the form and content of the work, and the result is a dynamic seesaw of meanings and possibilities.

Susan has work in two shows in 2011 at the National Quilt Museum in Paducah, Kentucky. The first, the invitational anniversary show from the Studio Art Quilters Associates, is called Celebrate!
It’s scheduled for April 7 – July 11, 2011

And she'll have seven pieces as a guest artist in the show up from July 15 to October 4, 2011.
See more about the National Quilt Museum here:
http://www.quiltmuseum.org/ 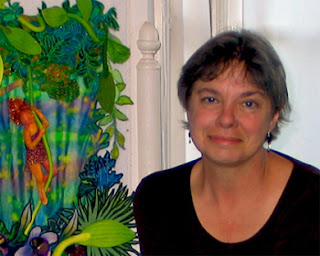 Check out Susan’s webpage. She teaches her techniques and says ” I do two- to five-day workshops where the class makes a group 3D dioramma (either village or jungle, depending on the class).”
http://www.susanelse.com/ 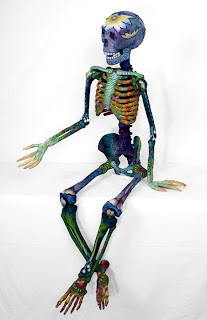 The Alliance for American Quilts has a project called Quilters’ Save Our Stories in which one quilter interviews another.In 2008 they did an interview with Susan. Watch it here:
http://www.allianceforamericanquilts.org/qsos/interview.php?pbd=qsos-a0a8b5-a

My Library at LibraryThing